I asked Chat GPT to give me descriptions of imaginary "Ancient Wonders" and then used those descriptions to make these images on MidJourney:

The "Tower of the Four Winds" was a massive tower that reached high into the sky. At the top of the tower was a crystal dome that was said to channel the power of the four winds, allowing the priests who lived there to predict the weather and control the winds. 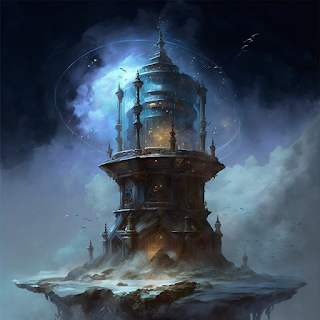 The "Temple of the Underworld" was a massive temple complex built at the entrance to the underworld. The temple was said to be guarded by powerful guardians who ensured that only the dead were allowed to enter the underworld. The temple was a place of great mystery and fear, and it was said to be filled with powerful magical artifacts and treasures. The "Temple of the Eternal Flame" was a massive temple complex dedicated to the worship of a powerful fire deity. The main temple was topped with a towering spire that housed a sacred flame that was said to never go out. The temple was a place of pilgrimage for worshipers of the fire deity, who came from far and wide to see the eternal flame and offer their prayers. 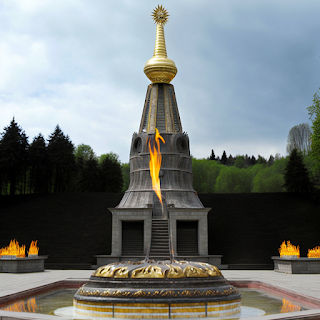 The "Palace of the Emerald Sea" was a beautiful palace built on a small island in the middle of a vast ocean. The palace was said to be made entirely of emeralds, which glowed with an otherworldly light. The palace was surrounded by a vast underwater garden filled with exotic fish and other sea creatures. 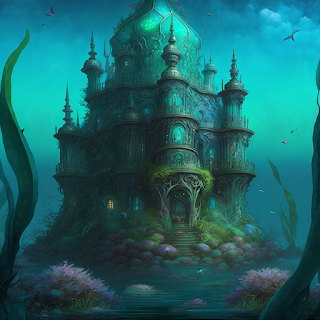 The "Palace of Dreams" was a beautiful palace built on a small island in the middle of a vast ocean. The palace was said to be made entirely of pure white marble, and it was surrounded by a vast garden filled with exotic flowers and trees. The palace was home to a powerful sorceress who was said to have the ability to enter the dreams of others and control their thoughts and actions. 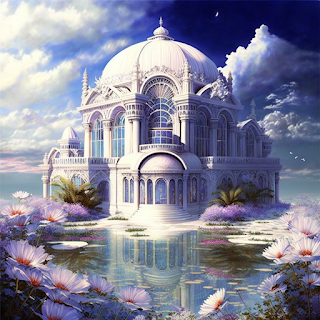 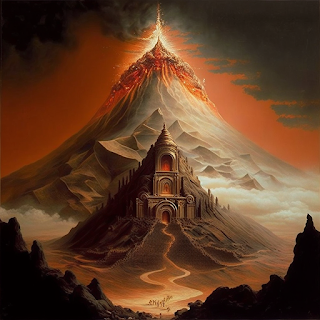 The "Citadel of the Stars" was a massive fortress built on the highest peak of a tall mountain. The citadel was said to be made of a mysterious, unbreakable metal that glowed with a soft light. The citadel was home to a powerful wizard who was said to have mastered the secrets of the stars and could predict the future by studying the movements of the celestial bodies. 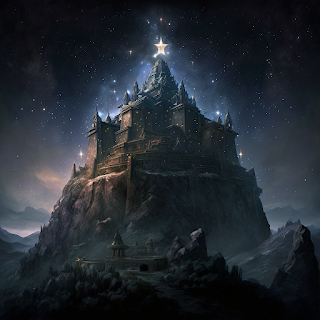 The "Cave of Wonders" was a massive underground cavern filled with ancient treasures and powerful magical artifacts. The cave was said to be guarded by a powerful genie who would grant wishes to those who were able to solve its riddles and overcome its challenges. I asked Chat GPT to create a Dungeons and Dragons race and then I used the description on Midjourney to create the pic. The Arcs The Arcs are a race of humanoid creatures that live in the enchanted forests of the land of Eldor. They are tall and slender, with pointed ears and delicate features. Their skin is pale and glows softly in the darkness, and their eyes are bright and shining like stars. The Arcs are known for their magical abilities, which they use to protect their forests and the creatures that live there. They can control the elements, communicate with animals, and even fly on the wings of the wind. They are peaceful and wise, and they value harmony and balance above all else. Despite their magical powers, the Arcs are a gentle and kind-hearted people. They are often seen as guardians of nature, and they are deeply connected to the land and the creatures that inhabit it. They are fiercely protective of their forests and will do anything to keep them safe from harm. Physica 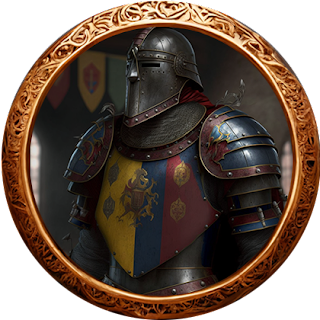 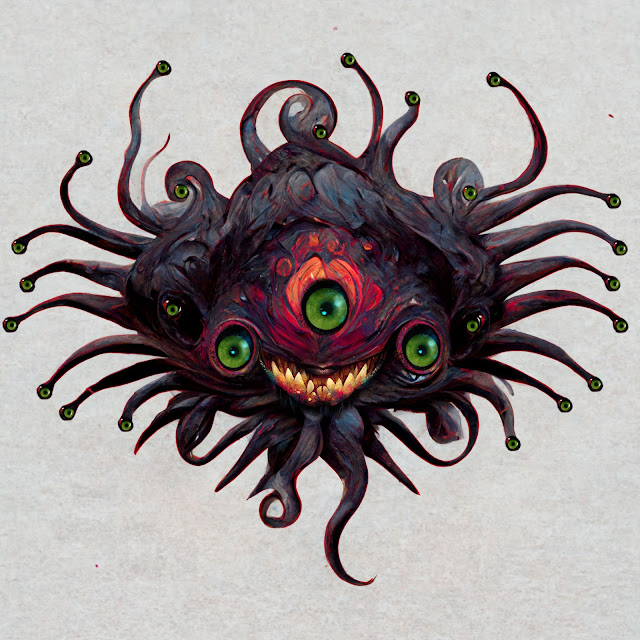 Hello here is the variant Beholder token for your VTT games. You can find more tokens here